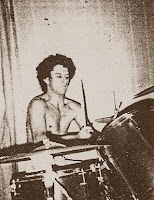 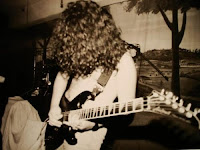 Brutal Death Metal band coming from Almada, Setúbal, Thormenthor was founded in October 1987 by drummer Rui Amaral and Miguel Fonseca guitar/ vocals. Shortly after Helder Gonçalves joins the band as bassist. Was with this lineup that they recorded in 1988 their first demo tape entitled "Corpus Dissectus" w/ 3 tracks: "Necroterium", "Cynical Hypocrisy" and "Sacrifice", recorded exclusively to be transmitted at a local radio show. In October of that year they presented for the first time live with Braindead, The Coven and Procyon in Fogueteiro, Seixal, October 15th 1988. After a period of lower activity he band launch their second demo "Into The Dead" which included 5 tracks: "Face Thormenthor", "Into The Death", "In Nomine (Instrumental)", "The Sins Of Jesus Christ" and "Cynical Hypocrisy (live Fogueteiro, 15.10.1988)". On March 11th 1989 the band played along with Massacre the first part of the concert of Dutch band Thanatos in Cova da Piedade, Almada. One month later, April 15th they played in Almada with Procyon and Battalion. The band decided to take a break from 4 months to perfect the old themes and in order to create new ones. Then joins the band a second guitarist, Luís Miguel Dorival (ex-HSS). In September, the band enters again the studio to record their third demo, "Self Imolation". The demo included "Impalament Of Christ", "Self Immolation", "Karma's Retribution", "Beyond Procreation" and "Orgasmic Form Of Life". The demo solds more then 400 copies in only two months. On December bass player Helder is fired from the band and to its place comes João Paulo. After several gigs reaching the north of the country, and a particular one at the Rock Rendez Vous, Lisbon, in 1990 Thormenthor gets in a high quality 24 tracks studio and starts preparing their next work. Meanwhile Rui is replaced by Nuno Castedo. Between September 1990 and February 1991 the band recorded at Heaven Sound Studios in Almada, the tracks "Absorbed (Prival Thoughts On a Pale Dawn)", "The Abrupt Nature/ Dissolved In Absurd", "Pulverising" and "Fragments Of Existence (Within Despair)". Which were released as a advance tape of their forthcoming 7"EP. Thormenthor played live with Harum and Procyon in Porto in June 91 and one month later July 20th in Juncal with Dutch band Arise, Necrophilia and Descretion. The 7" "Dissolved In Absurd" is out in Nov./ Dec. 1991. The first 50 copies came with an additional tape, containing the track "Dissolved In Absurd". The EP was sold out in only 2 months. The band released several songs in two Portuguese compilations: 1 track on "The Birth of a Tragedy" on MTM Records in 1992 and all their "Dissolved In Absurd" demo on "Mortuary Vol I" in 1993 through Morgana Records. Between July and November 1994 the band entered to the Sons do Mar Studios, in Costa da Caparica to record their full lenght entitled "Abstract Divinity", which is released by Morgana Records in 1994. The band gives several gigs opening for foreign bands such as Tiamat, Samael, Cannibal Corpse, Anathema. 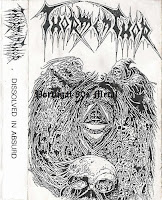 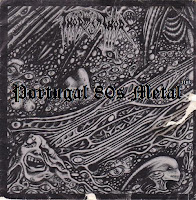 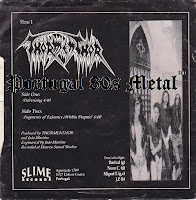 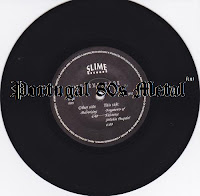 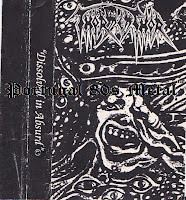 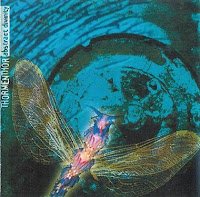 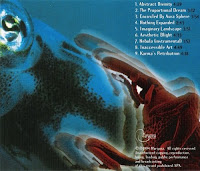 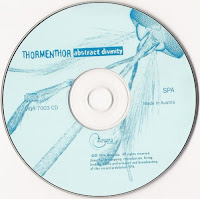 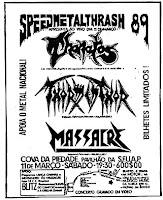