Tarantula was formed back in October 1st 1981, under the name Mac Zac and changed to Tarantula in the beginning of 1985. With Paulo Barros guitar, Luís Barros drums, Carlos Meinedo vocals, João Wolf guitar, Paiva keyboards and José Baltazar bass, the group enters the studio in July to record what would be their first demo tape. "Black Woman", "Full Moon Night", "Devil`s Dreams", "To Hell" and "Escape From Heaven" were part of the demo. On the 10th of October 1985, with Sepulcro, Tarantula performs for the 1st time at Rock Rendez Vous venue, replacing at the last minute Blizzard. They would share the stage again with Sepulcro at the Pavilhão TAS in Sadim, Vila Nova de Gaia, November 30rd 1985 and perform five more dates until the end of the year. In January 1986 the Heavy Metal fan-club Brigada Metal Power, joins Tarantula, thus creating the official fan-club of the band Brigada Tarantula Metal Power. In February the band plays again at RRV. In May 1986 the band enter the studio, and in 8 hours they recorded and mixed their 2nd demo tape, which contained the following songs "The Candle", "Will o' Wisp", "The Heavy Way", "Sons Of The Flame" and "Kill The Priest (Decidit Pontificem)". They played all over the country and received positive reviews of their demo tape. In February 1987, Carlos Meinedo gives up the band, and both Barros brothers take on the lead vocals. Between April and May Tarantula goes to the studio to record an advance tape, to be negotiated by a label to release their debut album.

Tarantula perform in Perosinho on June and in the same month together with Blizzard, STS Paranoid, Procyon, Navan, Satan`s Saint, Devil Across and Black Cross, they enter the sessions for the very first Heavy Metal double album, live at the Rock Rendez Vous, June 10th 1987. But that never materialized. However with the masters ready, between July and September the band negotiates with several labels. Finally on October 1st 1987, the contract is signed with the Portuguese independent label Transmedia. Tarantula first full lenght, simply titled "Tarantula" was released in November 23rd. The album contained 8 songs, produced by the Barros brothers and Fernando Rocha, recorded at Aura Studios located in Paços De Brandão. In November 8th the group promotes the album in Lisbon to a sold out Rock Rendez Vous with Web. To promote their work, Tarantula gives several book signings around the country, and performes in all places where they could. The first pressing of the record sold out quickly. Disagreements of various kinds, leading to the dismissal of the keyboardist Paiva on May 1988. A certain live inactivity takes place during the year, performing at RRV on July 24th, again with Web and Massive Roar. In 1989 guitarist John Wolf leaves and some time after they recruit a new singer, Jorge Marques (ex-Web drummer). The group plays live at disco Cais 447 in Matosinho, July 10th 1989 with the new singer. They begin the search for a label, for the release of their second album. Still without a contract the band recorded at their own risk at Rec`n`Roll studios (Tarantulas studios). The 2nd album named "Kingdom Of Lusitania". is released in May 1990 through the Portuguese multinational Polygram Discos. Around 1994 José Aguiar steps the band as the new bassist.

Tarantula released in 1995 their first CD, "III" and the rest its history! With a 30-year career, Tarantula has opened for numerous bands such as Deep Purple, Manowar, Doro, Helloween. The group also has a CD commemorative to his 20 year career, titled "20 Anos de Tarantula - Tributo", participated in the CD important bands of the Portuguese Heavy Metal scene, Brazilian bands and some amateur. The album was double and was published in 2001 by Recital Records. The Barros brothers continue to divide their career teaching at their school of music Rock'n'School, recording bands in their Rec'n'Roll studios and also play live with Tarantula and record albums from time to time. 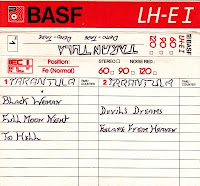 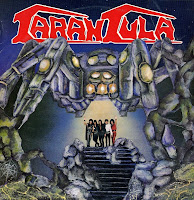 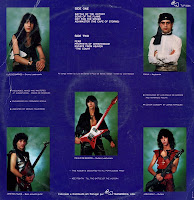 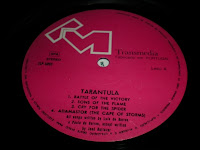 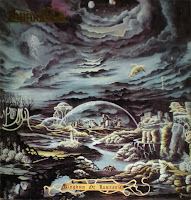 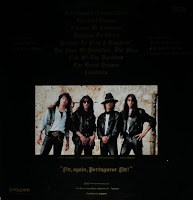 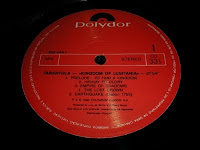 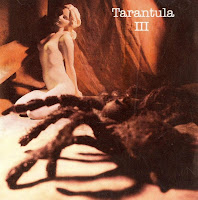 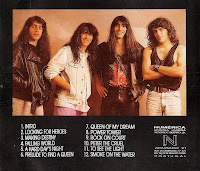 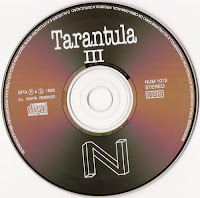 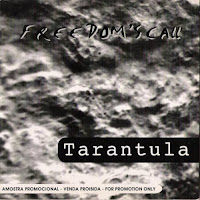 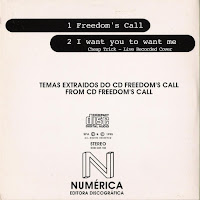 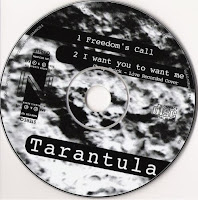 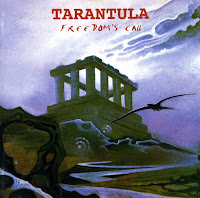 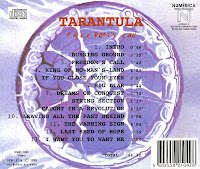 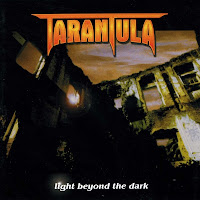 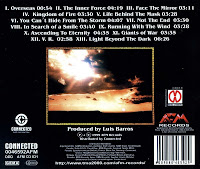