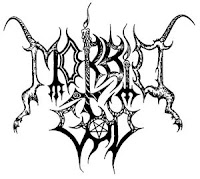 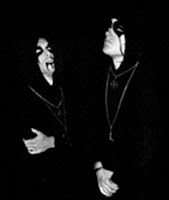 Black Metal band from Brandoa, Lisbon, formed in 1989 by Langsuyar aka Fernando Ribeiro vocals, Tetragrammaton aka João Pedro bass, Baalberith drums. Guitarrist Mantus joins in 1990. The band recorded a promo track "Serpent Angel" released in 1992. Baalberith is dismissed for lack of talent and is replaced by Mike Gaspar, shortly after the band changed its name to Moonspell. "Serpent Angel" was officially released by MTM Records in the "The Birth of a Tragedy" LP compilation also in the same year.