Xeque-Mate formed in 1979, in Porto. Francisco Soares vocals, António Soares guitar, Aurélio Santos bass and Joaquim Fernandes drums were the original line up. After several months of rehearsing the band goes to Lisbon, to record a 6 track demo at the Arnaldo Trindade studios. From the 6 tracks were extracted "Vampiro Da Uva" and "Entornei o Molho", to be released as a single in May 1981, through the label Metro-Som. The single got good ratings in the national charts. Followed by several live performances and a appearance on national TV RTP2. They participated on the Grande Maratona do Rock Português (Great Marathon of the Portuguese Rock), along with Jarojupe, Bico d`Obra, NZZN, TNT and many others. The 3 days marathon was organized by the former newspaper Musicalíssimo, between December 18th and 20th 1981 at the Pavilhão do Cevadeiro, in Vila Franca De Xira. Two years later, Aurélio Santos leaves the group, due to incompatibility, José Queirós replaces him. The band heads again to Lisbon, where they entered the Angel studios. On their own and with the help of Álvaro Azevedo, they recorded and mastered in just a week about 15 songs. Xeque-Mate makes several attempts on all labels for the purpose of releasing their first long playing. Meanwhile Paulo Barros (Tarântula) joins the group as second guitar only to reinforce the band live.Xeque Mate opens for British bands Diamond Head on May 12th 1984 at the Pavillion Infante Sagres, Porto. December 15th 1984, they perform at the very first Portuguese Heavy Metal Festival, in Santo Antonio dos Cavaleiros, along with Mac Zac, STS Paranoid, Sepulcro and others. In the following year the album "Em Nome do Pai, do Filho... e do Rock`n`Roll" is finally released, through Horizonte Records. At the beginning of 1986 Kim replaces Joaquim Fernandes on drums and Paulo Barros steps out for his band Tarântula. In April 25th 1986 Xeque performed live at the Rock Rendez Vous, introducing a keyboardist in the band. They split up in 1989. Xeque-Mate meet again in 2007 for a reunion show... and they still playing live. 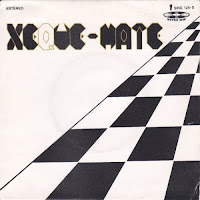 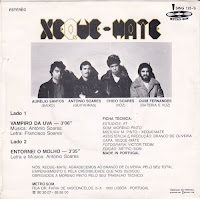 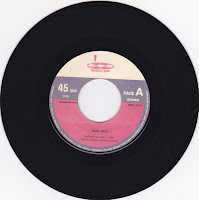 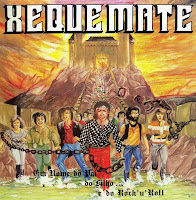 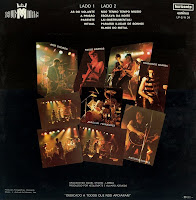 interview and playback "As Do Volante" national TV RTP2, 1984