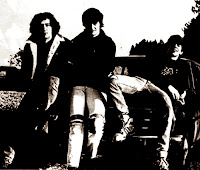 From Maceira do Liz, Leiria came Necrophilia. Paulo Alves vocals, Henrique Miranda guitar, Paulo Roldão bass and Luís Fortuna drums were part of the line up. After released a rehearsal tape with 3 tracks the band gives a series of concerts with Alkateya and The Coven. The group played at the 1st Nazaré Metal Festival, August 25th 1990, along with Thormenthor, Necrophilia, Insanity and Vade Retro