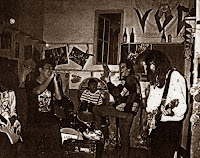 Thrash Metal band from Monte Da Caparica, Almada, founded in January 29th 1989. The line up was Nuno vocals, Manel rhythm guitar, Marco lead guitar, Keith drums and Pita bass. The band released in the beginning of 1990 a rehearsal demo, which included an intro and 4 tracks, "Intro", "Kill Without Sense (w/ voice)", "Kill Without Sense (instrumental)", "Traumatic Paranoia" and "Voice From The Grave". The demo was only experimental. They were recording a demo that would call "Sepulcral Creation". At the beginning of 1990 only Nuno and Manel were part of the line up, having Marco and Pita formed another project named Bloodshed, with ex-Massacre drummer Luís. 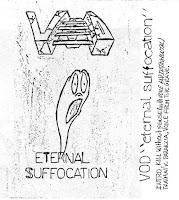