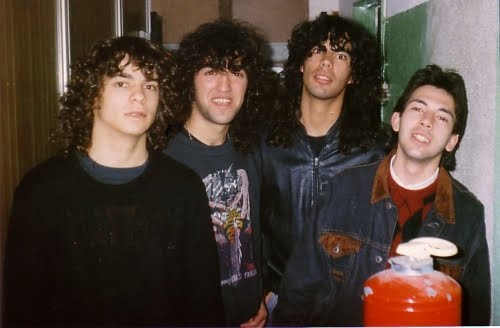 Afterdeath were formed in May 1990 by Sérgio Paulo vocals, ex-Vandals Nuno Maciel guitar and Sérgio Filipe bass. Joining them, Rui guitar and Fernando drums, both would eventually come out shortly after, by several incompatibilities and later formed Insult. In October Ricardo Rosales drums come in and finally Afterdeath begin to emerge the first songs. Which were presented for the 1st time live in December 1990, at a festival of new bands at a school in Benfica, Lisbon. They played the two new songs which they had composed, eventually repeat one of them. The year does not end without the band go into the studio for the first time, more precisely on December 27th at Edit Studios, where they recorded the 1st track composed by the band "Death is Calling." Though, the band was not satisfied with the quality of the recording, the promo-track served to promote the band and is sent to many local radio stations, getting good airplay and making known the band's name all over the country. At this time they needed to give their 1st seriously gig and with the lack of invitations singer Sérgio Paulo decides to organize their debut concert on March 3rd 1991 in Odivelas, inviting Unsilent and Angel Sinner. After this concert Sérgio Filipe is replaced by bassist Ricardo Jorge "Dick". Invitations to concerts begin to emerge, giving origin to a mini-tour entitled "Death on The Road '91", ending at is best on July 14th in the Diz Sim á Vida Festival, at the Barreirense stadium before 3,000 people where they share the stage with Tarantula, Adelaide Ferreira, Jorge Palma, Procyon, the UK band British Lion and many others. Motivated by the good acceptance, they decided to enter the Heaven Sound Studios, located in Almada, in August 1991, to record their 1st demo. Entitled "Behind Life", with a Intro and 4 songs, "Digital Horizons", "Afterdeath", "Heart of Fire" and "Fortune", with the production of João Martins (ex-vocalist of Agora Colora). With the lack of money and because it was the band`s intention to released a more professional demo tape, with color cover and with the DGEDA seal, so that it could be sold in all record stores, the demo only came out in March 1992.

Follows a new mini tour, the "Life on The Road '92", already with drummer Miguel Mourão (ex-Sacred Sin) replacing Ricardo Rosales, who later joins Casablanca. After the last concert of this mini tour, which took place in Tramagal, in early August, the singer Sérgio Paulo stands alone in the band and two weeks after he enters the then, obligatory military service for 8 months. By that time the track "Digital Horizons" extracted from the 1st demo is included in the 1st Portuguese Metal compilation "The Birth of a Tragedy", released as a double-LP. Rumors begin to emerge in the national underground scene that Afterdeath had just end, but even before finish the military service, Sérgio Paulo begin the first rehearsals with three former members of Thornado, Virgilio Neto guitar, Roberto Monteiro bass and Filipe Martins drums. After the departure of the vocalist from the military service in late March 1993, the band returns to the concerts on June 5th and again goes to the Heaven Sound Studios to record the track "Dark Atmosfere", to be included in the compilation CD "Sometimes Death is Better",  from the Belgian label Shiver Records. Is used as promo-track for radio stations, getting good airplay and a place in many of these programs through the tops of the listeners vote. In late February 1994 the band returned back to Heaven Sound Studios, and their 2nd demo by the name "Unreal Sight" is recorded, once again produced by João Martins. Tracklist: "Justice Manipulation", "Live For Today", "Speaks On Your Thoughts (instrumental)", "Hunger Calling" and "Deep In Natural Art". The demo, as the first one, was professional printed in color and gets excellent reviews, national and international magazines such as Metallian (France) or the Sounds of Death (USA) and starting to attract interest from several publishers. But the band is drastically forced to reduce their live activity, with the entry of the drummer to the obligatory military service, soon followed by the bass player. The interest of a record label appears and the band takes the little time they have available to compose new songs with a view to record their debut album. Musical differences began between the singer and the guitarist, who eventually quit the band, followed by the bassist and the drummer, in early 1995.

Sérgio Paulo was alone again, when by chance finds the guitarist Nuno Maciel, whom he had formed the band, and after a long discussion they decided to reunite again, and invited drummer Mário Rui (former roadie of Afterdeath) which brought for the band bassist José Ramos. With this lineup, Afterdeath returns to gigs and to rehearsals, composing new songs, that would be part of the debut CD "Back Words". Recorded in the summer of 1995, at the Rec 'n' Roll Studios under the producer Luis Barros (Tarantula`s drummer). The album with 11 songs (among which is an intro by the brothers Barros from Tarantula) and the rewrite of the track "Digital Horizons", with the participation of the singer Stregoyck from Candle Serenade. The album is released in late 1995 through Guardians of Metal (singer`s Sérgio Paulo property which had already released the debut CD of Candle Serenade (GM 001)). The CD promotion begins with several concerts and with new guitarist Victor Silva, who replaced Nuno Maciel, which lasted for 1996. Soon after, bassist communicates that he wants to stop playing, also the drummer starts playing live in a cover band and Afterdeath eventually break up naturally again. Faced with promises of higher flights for Afterdeath in terms of touring and release albums, Sérgio Paulo invites the elements of Nameless, Ricardo Ferreira guitar, Jorge Lisboa bass and Bruno Filipe drums. They went again to the Rec `n` Roll Studios to record the only song composed by this lineup "World Deformed by Man,". Which would be included in the CD compilation "Guardians of Metal Vol. IV". Afterdeath plays live several times, but the environment within the band was not the best and after a gig in Cantanhede, in the summer of 1997, vocalist Sérgio Paulo tired of the constant lineup changes, the disinterest of the musicians who were passing and all the promises made and never fulfilled, he decided to put an end in Afterdeath and dedicates more to the activities of the Guardians of Metal label, post order and later physical store in Lisbon. 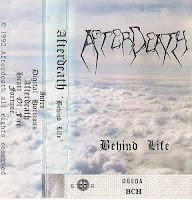 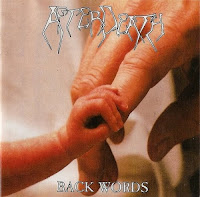 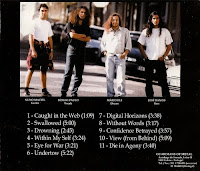 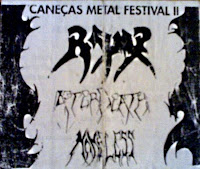