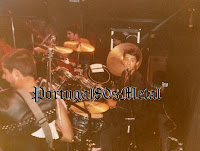 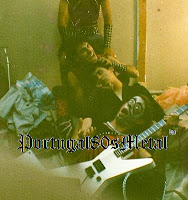 Web was formed in October 1986, in Porto, by two Tarântula roadies, David Duarte (R.I.P. May 5th 2001) guitar and Victor Matos guitar. The line up was complete by Mário Duarte vocals, Jorge Marques drums and Carlos Alberto bass. Web performs for the first time to the public at the Rock Rendez Vous venue, in Lisbon on November 8th 1987, opening for Tarântula. In the same month of November, Mário Duarte leaves the group and David Duarte swap the guitar for the vocals. With this line up they would play again the RRV on July 24th 1988, again with Tarântula, and Massive Roar and return to Lisbon on September 3rd to play at Festa do Avante opening for Dutch band Paradox. In 1989 Jorge Marques leaves the band to join Tarântula as a singer, and was replaced by Jorge Alves. In 1990 participate and organized a festival in APDL. Mid 1991 another change on line up, Carlos Alberto leaves entering to its place Ribeiro, João Carlos is also recruited to the guitars and Web become again a quintet.

The first track recorded by Web was "A New Evil Kingdom", to be released one year later on the 1st Portuguese Metal compilation "The Birth of a Tragedy", through MTM Records. The song would re recorded to enter the first demo tape "Evil Tape" 1994. Jorge Alves leaves for professional reasons. Already in 1993 with new drummer Rui Danin, Web recorded at the Rec 'n' Roll studios with the production of Tarântula`s drummer Luis Barros, their first demo tape "Evil Tape". "Time of Revenge", "Without Mercy", "Planet of Confusion" and "A New Evil Kingdom" were part of the demo released at the beginning of 1994. In order to promote the demo with some gigs, and one of the most important was alongside Procyon and Ramp at the Soares dos Reis school, Porto, on June 4th 1994.
1994 was the year that Web had three drummers: Rui Danin, Joca, again Rui Danin and Miguel Brandão. By July 3 members leave the band. The following year, with the addition of the new elements Miguel Vaquero guitar, Fernando Martins bass and Miguel Brandão drums, a 2 track promo tape is recorded, with the songs "Strong Winds, Strong Waves" and "Last War". Released for promotional purposes only the tape was recorded again at the Rec 'n' Roll studios by Luis Barros. 1996 was a year in which the activity of the band focused on the promotion of their promo, participating in many concerts and festivals. 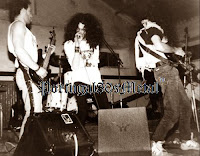 Miguel Brandão leaves Web in 1997, entering to is place Raul. Due to health problems David Duarte had to stop singing, in 1998. Sergio Ferreira replaces him.

Throughout 25 years of career Web played with foreign bands such as Ancient Rites, Impaled Nazarene, Benediction, Cradle of Filth, Napalm Death, Desaster, along many others...


special thanks to Victor Matos 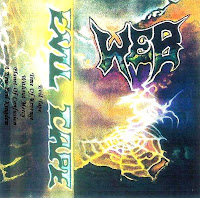 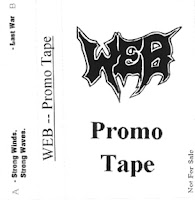