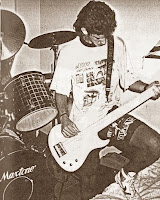 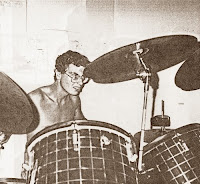 Tropa de Choque (Shock Troop) were from the city of Almada, formed in October 1989 by Luis Fernandes vocals/ guitar, Luis Filipe Maria guitar, Nelson Guerreiro bass and Carlos drums, which is replaced by Ricardo Canha that could not adapt, forcing Carlos to return to the group. They released a 3 track demo tape at the beginning of 1991, with the tracks "Civilização", "Nós e Eles" and "Porquê?". The following year, they went again into the studio and recorded a 2nd demo tape "Mira Já Feita". Tracklist: "Cidade Fria", "Retrospectiva", "Armado e Perigoso", "Prisão Interior" and "Trabalhos Forçados". In October 15th 1994 they celebrate the 5th anniversary with a gig at the Incrível Almadense, Almada.