Shangai Blue appeared in November 1991, in Baixa da Banheira, Moita, by guitarists Sérgio Palma and Victor Brás (both Ibéria roadies) and João Alexandre drums (ex-Ibéria). Barrocas and Miguel Ângelo joins later, respectively bass and vocals. After two months of rehearsals and with only 5 songs the band played their first gig, at Gare Bar, Barreiro. By this time, February 1992 the group enters the Heaven Sound Studios to record 3 tracks, "Stuck To The Ground", "War Games" and "I Know You Love Your Web (The Thing/ S.B.)", that would be released as a demo tape. The track "War Games" was included in the Birth Of a Tragedy compilation. 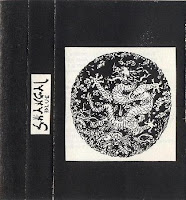 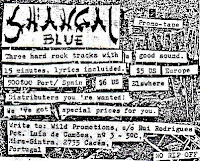